Getting Kate’s Sparkle Back

Megan Hackenschmidt hasn’t slept well in months. She lies awake next to her four-year-old daughter Kate listening to her breathe, sensitive to the slightest movement in case it’s a seizure. When Megan does eventually drift off, she dreams about Kate seizing. It’s understandable. The whole family has been on high alert since last winter, when Kate started having convulsions.

They will always remember January 10th – the day they found Kate completely unresponsive while playing with big sister Sawyer outside their rural Alberta home. Terrified, Megan and her husband Jordy scooped up their little girl from the frozen ground and rushed her to the nearest hospital in Rocky Mountain House. There, they were told their daughter had likely suffered a massive seizure. They prayed it was a one-off, but two weeks later, Kate became rigid while eating dinner, as if she were choking. It was another seizure. After a second hospital visit, they left with a prescription and more concern than ever. 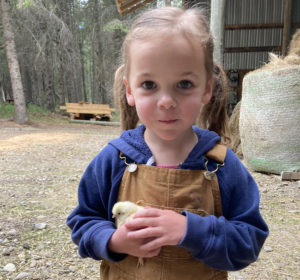 Kate was referred to the Alberta Children’s Hospital. Brain Health experts were ready with the crucial technology needed to measure seizure activity in her brain. That’s, without a doubt, thanks to support from people like you.

Unfortunately, although results initially came back normal, Kate continued to be plagued by seizures.

“One day I was on a Zoom call and heard a huge bang. I found Kate seizing on the floor in a puddle of juice while Sawyer stood frozen with fear, holding her sister’s broken glass,” says Megan.

She called 911 and administered Kate’s rescue medication to try and stop the convulsions. She wrapped her little girl in a blanket as her lips turned blue then hugged her through back-to-back grand mal seizures before the ambulance arrived.

You can help kids like Kate benefit from ground-breaking research and personalized therapies that might prevent them from ever knowing what it feels like to have a seizure.

Kate’s seizures became a regular and devastating part of her life. She suffered massive convulsions weekly and nearly constant smaller episodes―sometimes hundreds a day. Absence seizures made her stare blankly. Others stole her head control so she couldn’t eat on her own or play with her toys. Doctors prescribed three medications, and while one effectively managed the grand mals, it came at a cost.

“My sweet little girl’s essence disappeared. She lost her wit and laugh,” Megan says. “Her sparkle was gone. And the small seizures were still happening. It felt like who she was, was slipping through our fingers. It’s absolutely devastating to feel so helpless.”

Unfortunately, one third of all children with epilepsy are unresponsive to current medications.

Thanks to donations from our generous community, Alberta Children’s Hospital specialists have developed tremendous expertise in a therapy called the Ketogenic Diet―a high fat, low carb diet designed to alter the brain’s chemical balance to stop seizures. Kate’s specialists were optimistic it could help her.

“I remember being in the exam room feeling scared and frustrated, but hopeful and Kate just wrapping her tiny arms around me whispering, ‘It’s gonna be okay Mama’,” says Megan.

Within weeks of starting the diet, Kate’s seizures decreased dramatically. She was able to stop two of her medications, return to playschool and start T-Ball. “Her sparkle was back,” says Megan. Then, one morning, just as life was getting a bit easier, Kate awoke to another grand mal seizure.

“While it’s clear we are moving in the right direction, this is a long journey. We’ve learned that treating epilepsy is often a trial-and-error process,” says Megan. “Epilepsy takes an emotional toll on the whole family. It can make you experience the highest of highs and the lowest of lows.”

With your help, families facing the distress and uncertainty of living with seizure disorders can have more effective treatments, sooner. Experts at the Alberta Children’s Hospital are ready to advance epilepsy research and develop leading-edge treatments, but they need you. 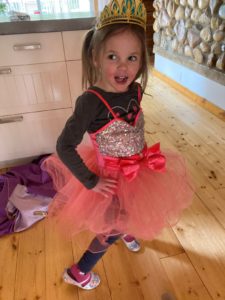 We hope Kate’s story will inspire you today―knowing that your generosity this holiday season can bring hope and healing to children and families who rely on our hospital.

Today, Kate’s seizures have been greatly reduced and fortunately, she has avoided any developmental delays. While their future is still unpredictable, they celebrate how far Kate has come. “Our bad days now are nothing compared to our bad days months ago,” Megan says.

As Kate’s journey continues, her family is grateful their amazing team at the Alberta Children’s Hospital is with them every step of the way. With their expertise and your support Kate can look forward to even better days ahead―and truly shine her brightest.

Making an impact is easy when you become a monthly donor.

Find out more
Stay informed
Sign up for our newsletter