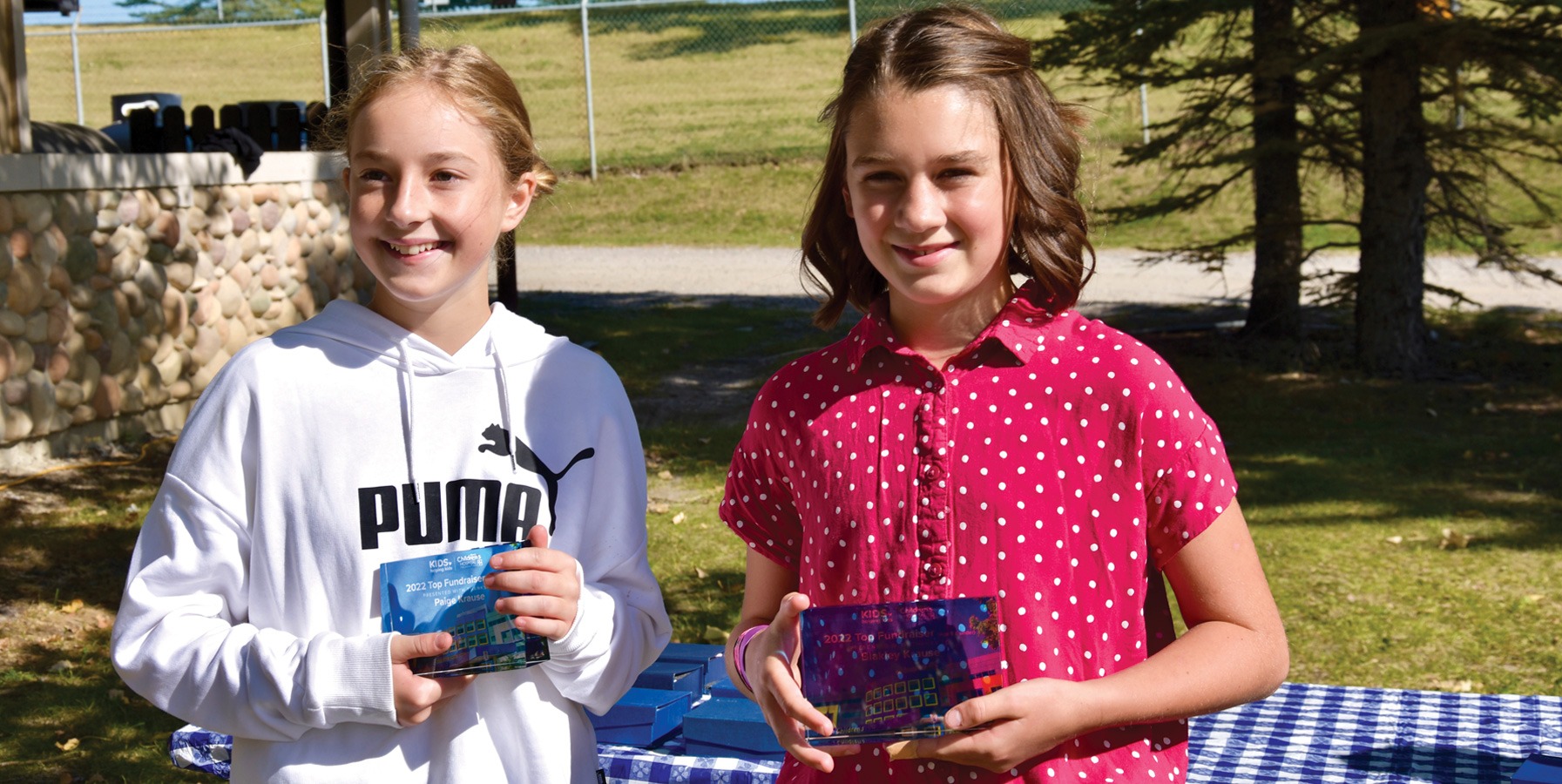 While some sold lemonade or donated their birthday money, others organized head shaves, bike-a-thons and bottle drives. Whichever way they chose to fundraise, young philanthropists in our community all had the same goal in mind — to help sick and injured kids at the Alberta Children’s Hospital.

Through the Kids Helping Kids program, hundreds of young people raised an incredible $394,231 this past year in support of state-of-the-art equipment, family-centred programs, and groundbreaking research at the Alberta Children’s Hospital.

For their efforts in raising an impressive $30,000 and counting, sisters 12-year-old Paige Krause and her 10-year-old sister, Blakley, each won a top award at the 2022 Kids Helping Kids Celebration in September. They spent their past few summers collecting bottles around Okotoks to raise $1,000 for the hospital while asking local companies to match that with a $1,000 gift.

The girls chose to give back because they, themselves, have both relied on the care at the hospital. When she was younger, Paige spent time at the hospital being treated for an infection, and Blakley currently sees specialists at the endocrine clinic.

“Everybody who walks into that hospital is made to feel like family,” says Paige. “All of the staff are really kind and generous and really want to help the kids. The hospital is made to look like a Lego building and it helps the kids feel safe and at home. If we didn’t have the Alberta Children’s Hospital, I would have been very sick and I know that a lot of other kids would have been too.”

Kelsey Krause, Blakley’s mom and Paige’s step-mom, says she is so proud of the girls for not only dreaming up the idea on their own, but for the reason they wanted to help.

“They both feel a lot of gratitude to the Alberta Children’s Hospital, and they know not everyone is as fortunate to have a world-class hospital so close to home,” Kelsey says. “Because they are community-minded, they decided that is how they wanted to give back.”

Feeling inspired to be part of Kids Helping Kids? Even the smallest hands can make the biggest difference. Learn more!