A lifeline for rural Albertans

A lifeline for rural Albertans

Laurel and Mark Mayrs never imagined they would rely on the Pediatric Critical Care Transport Team once, let alone twice. In fact, in the span of a couple short months, both their young sons needed to be airlifted to Calgary under the care of this team of experts.

Two-year-old Kaysen suffers from asthma and had previously required hospital care in the family’s home community of Medicine Hat. However, in October of 2021, he experienced an especially severe attack. Though specialists in Medicine Hat tried everything that had helped in the past, nothing could get it under control. Almost unbelievably, as this terrifying situation was unfolding, Laurel went into labour with the couple’s second child.

The Medicine Hat Hospital team called on the advice of experts from the Alberta Children’s Hospital and through video conference, explained how dire the situation was becoming. The transport team flew to Medicine Hat and worked with local staff to assess and stabilize Kaysen for transport. Though reluctant to leave Laurel’s side as she had just given birth, Mark flew with Kaysen and the Pediatric Critical Care Transport Team (PCCT) team to Calgary.

The team explained exactly what they were seeing and doing throughout the flight. Mark was thankful for the team’s continuous and careful watch over Kaysen’s vitals and breathing as they travelled to Calgary.

Where Your Money Goes

Critical illness or injury are not confined to the Calgary area. For young patients and their families living in rural centres without immediate access to expert pediatric care, the Pediatric Critical Care Transport Team from the Alberta Children’s Hospital is literally their lifeline. 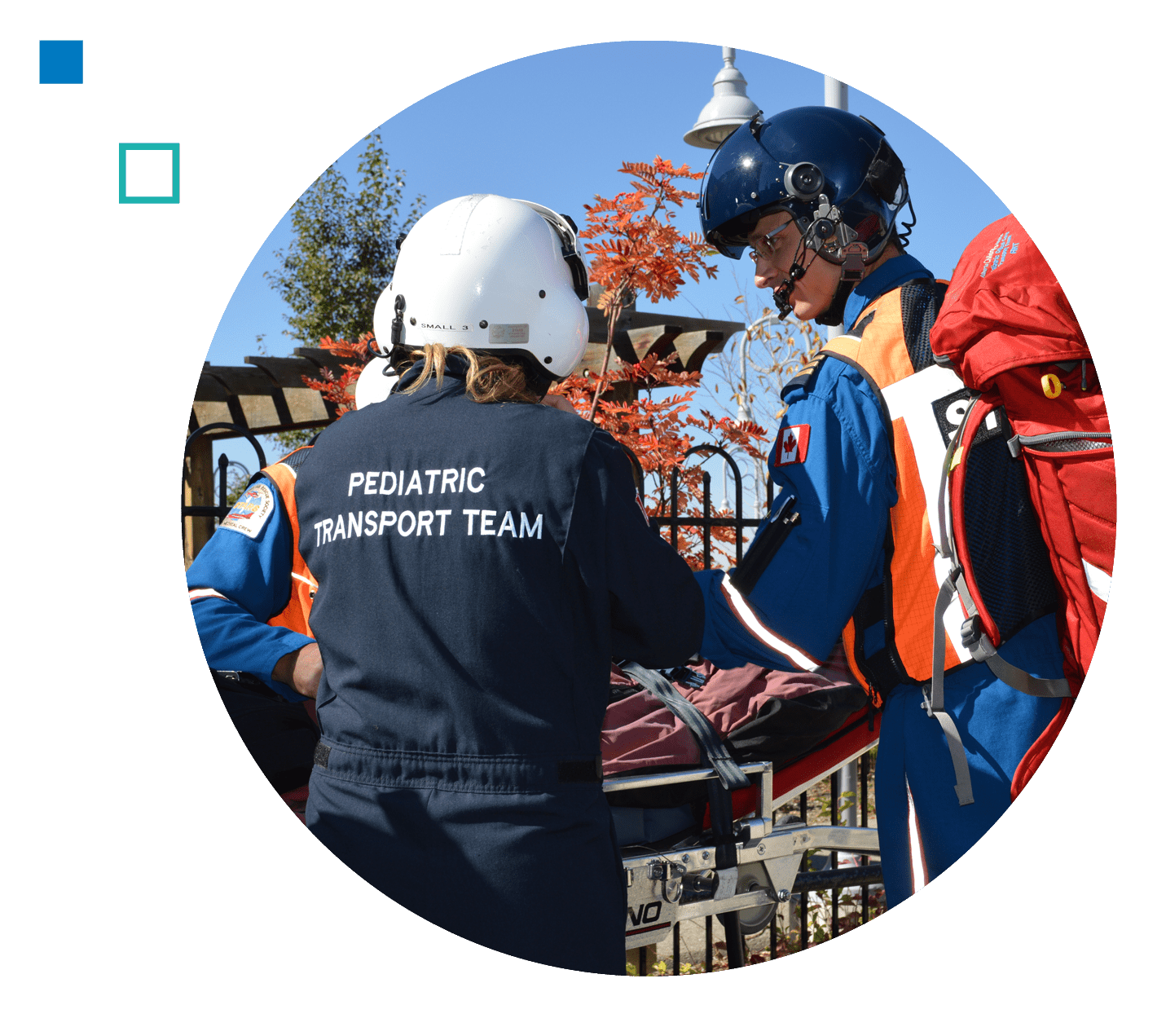 Once they arrived at the Alberta Children’s Hospital, Kaysen was rushed to the Pediatric Intensive Care Unit (PICU) where he received the medications and rest he needed. Thankfully, he was able to go home a couple of days later to fully recover and meet his new little brother.

“Without them, things could have ended very differently.”
– Mark Mayrs, Kaysen and Beckam’s Dad

Then, on Christmas Eve, the unthinkable happened. Their new baby, Beckam, had contracted Respiratory Syncytial Virus (RSV) and was struggling to breathe. He was so small and fragile that the situation quickly became life-threatening. Once again, Medicine Hat specialists called on the PCCT team from the Alberta Children’s Hospital to come and intervene.

Beckam was in bad shape and needed to be intubated immediately. Thanks to their specialized training and experience intubating even the tiniest of babies, the transport team successfully established an airway so air could reach his lungs. He was then rushed, along with Laurel, to Calgary via airplane. Beckam was in the PICU for several days before his little lungs were strong enough to work on their own again. Thankfully, he, too, made a full recovery and was able to return home.

Mark and Laurel are so grateful the transport team was there when they needed it and for the pediatric-specific expertise they brought with them. “We’re thankful they were able to help our family both times. Without them, things could have ended very differently,” says Mark.

Over the last five years, more than 1,200 children from across southern Alberta, southeastern British Columbia and southwestern Saskatchewan needed the life-saving services of the Pediatric Critical Care Transport Team. Too sick to be treated in their home communities, these critically-ill and injured children relied on our specialists to reach them and provide timely expert interventions. Learn more.

Emma was born in Red Deer more than four months early, at 22 weeks and six days gestation. She weighed just 1.3 pounds and, with her severely underdeveloped organs, was in a fight for her life. Then Emma developed Retinopathy of Prematurity, a serious eye disorder putting her at risk of permanent vision loss.

The vast majority of children rely on care from one or two specialists over the course of one or two visits before returning to care from their family physician. For others, like Braeden, their relationship with the Alberta Children’s Hospital spans their entire childhood and involves many experts and clinics.

Like many 12-year-old boys, Teddy Floreani loves to play video games. What’s remarkable about him, is that he can control them using only his mind. Thanks to state-of-the-art technology funded through the Country 105 Caring for Kids Radiothon, Teddy can use his brain to do things his body cannot.