Thanks to community support of state-of-the-art technology that enables Laser Interstitial Thermal Therapy (LITT), Alberta Children’s Hospital neurosurgeons are the first in western Canada to perform a revolutionary procedure to help children suffering with seizures. In fact, thanks to community donations, life-changing brain surgery is now possible for children for whom surgery just wasn’t an option — until now. 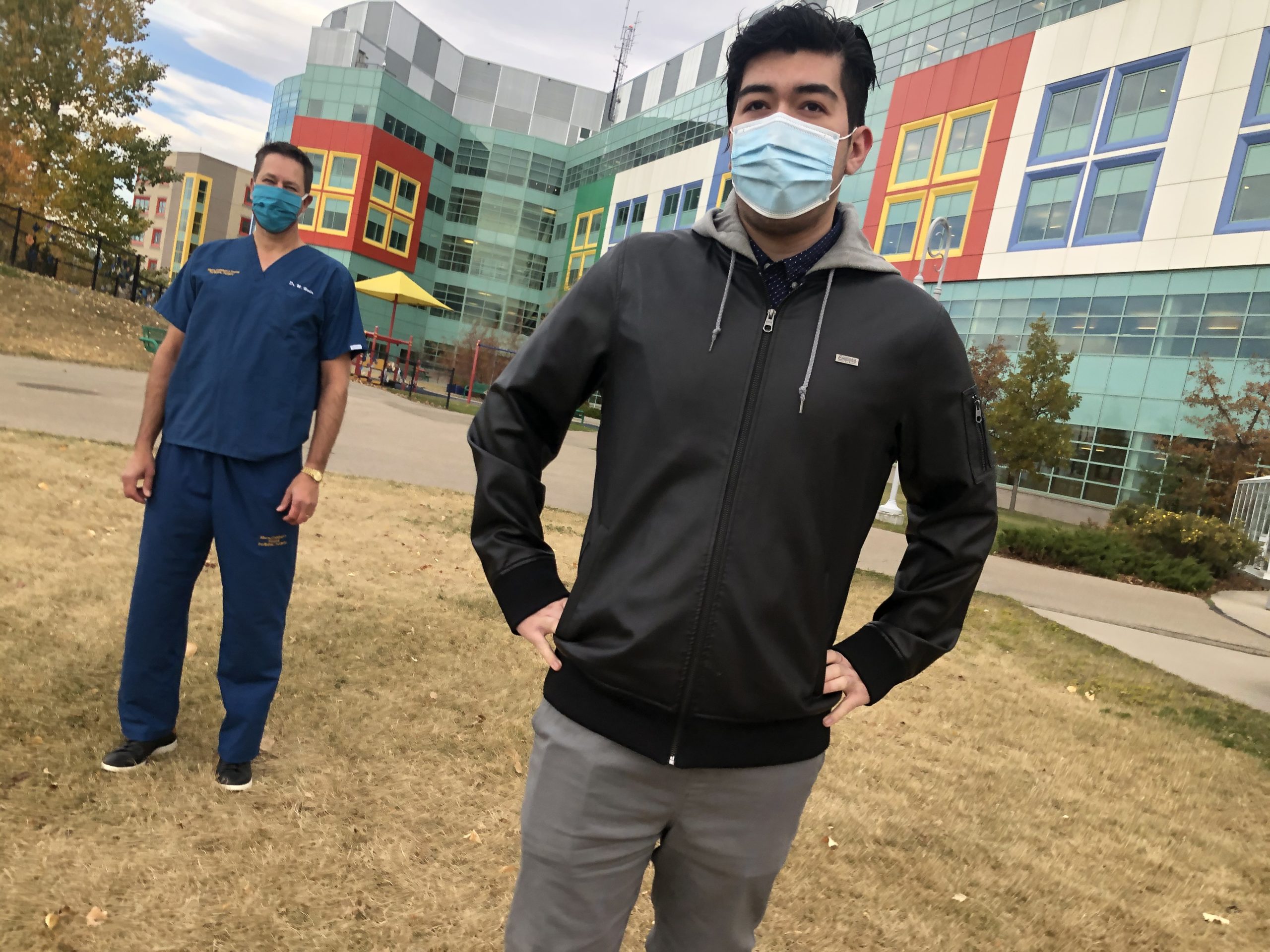 When Andrew Najar had his first full body seizure at age 12, neither he nor his parents had any idea the involuntary laughing spells he’d been having his whole life were also seizures. That big seizure alerted doctors to the fact that Andrew had been living with a rare brain tumour his whole life. The tumour is called a Hypothalamic Hamartoma, and while it wasn’t cancerous, it was putting Andrew’s quality of life at risk.

Andrew was prescribed medication which stopped the major seizures. However, he continued to be plagued with the laughing outbursts or gelastic seizures — sometimes a dozen a day. The episodes left him tired and nervous, never knowing when he might have another one. He didn’t like to present in front of his class and knew he was missing out on things his friends were doing, like learning to drive.

While conventional surgery was discussed as a potential treatment, open procedures come with a 25-50 percent chance of impacting vital brain functions. In Andrew’s case, any attempt to remove the lesion from his brain meant operating within six to eight millimetres of his pituitary gland and memory centre. His family decided against surgery at that time, optimistic that something better was on the horizon. That “something” was Laser Interstitial Thermal Therapy, and little did the Najar family know that people in our community were already donating so generously to make LITT a reality.

Using LITT, neurosurgeons are able to pass a thin laser probe through a millimetre-sized incision into a target deep within the brain. The probe then heats up and destroys the tumour or lesion responsible for causing the seizures, while preserving the surrounding healthy brain tissue. What used to be an invasive open procedure that required the equivalent of 100 stitches to close the surgical site can now be accomplished with just one suture.

To Andrew and his parents, this was the answer they’d been hoping for.

With community donations through the Alberta Children’s Hospital Foundation and the Calgary Health Foundation, LITT arrived in Calgary in early 2020 and is housed at the Foothills Medical Centre where it can help both children and adult patients in the first Canadian Epilepsy Surgery Brain Suite.

On August 25th, the eve of his 18th birthday, Andrew underwent his ground-breaking LITT procedure and became only the second kid in western Canada with a Hypothalamic Hamartoma to benefit from the therapy.

“Andrew got the best birthday present of all — his first day free of seizures,” says Dr. Hader.

We are pleased to share that Andrew has been seizure-free ever since the surgery.

“I thought I’d have seizures for my whole life,” says Andrew. “Now I can do anything. I can actually learn to drive one day.”