Children living with conditions such as a stroke, spinal cord injury or cerebral palsy can suffer from severe limitations in their mobility and capacity to communicate. Fully aware and capable but unable to walk, talk or use their hands, these children are trapped in their bodies. Thanks to generous community support, world-first research in Brain Computer Interface for kids is underway at the Alberta Children’s Hospital. 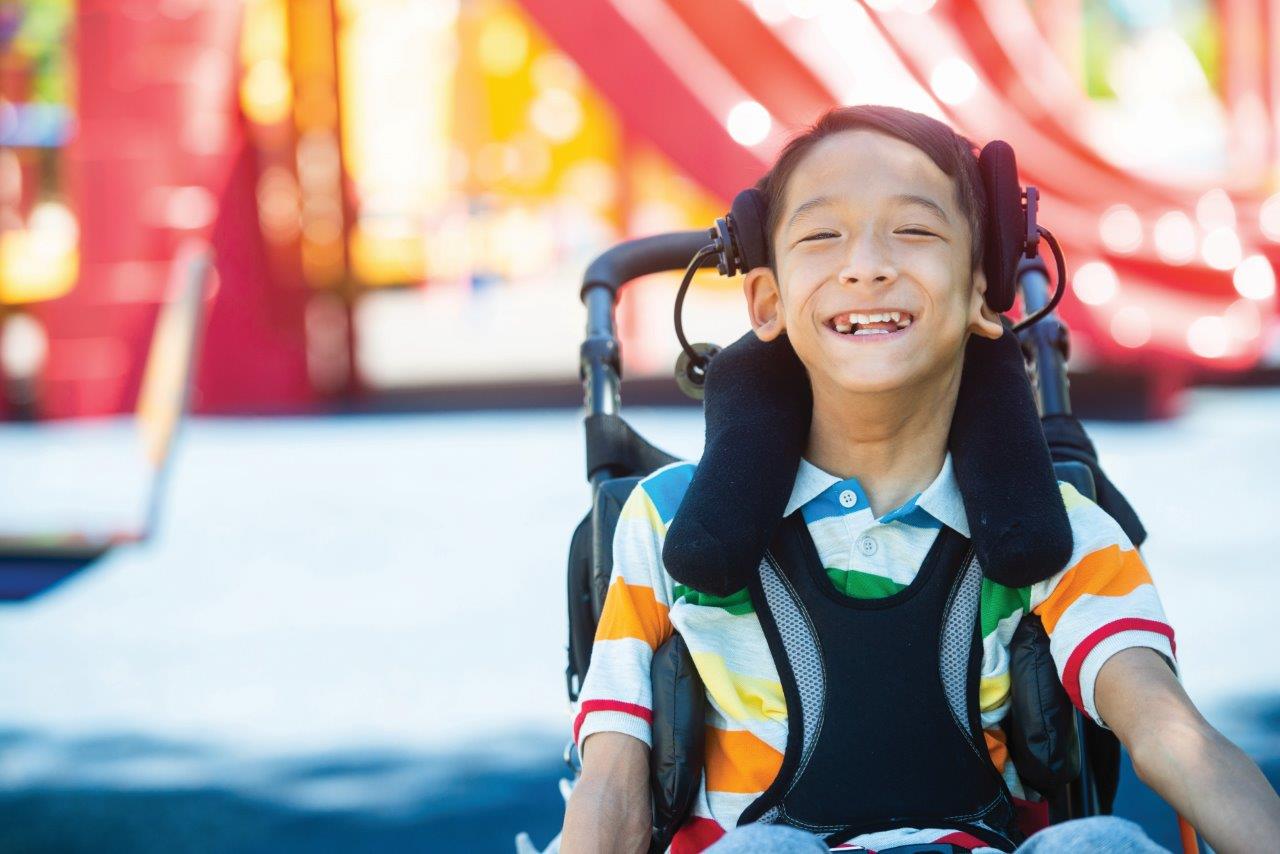 Brain Computer Interface (BCI) has the potential to engage children — many of whom otherwise cannot communicate — in learning and play. BCI technology recognizes changes in thought patterns via a non-invasive electroencephalogram (EEG) and transmits those signals to control devices such as computers, phones, TV remotes and more. While wearing a BCI headset, a child can think the word “go,” for example, to move a remote-controlled car forward.

“BCI is an exploding field of study with enormous potential for severely disabled people,” says pediatric neurologist, Dr. Adam Kirton. “However, to date, there has been very little focus on how to adapt it for pediatric users.”

Recognizing the incredible possibilities for children, Dr. Kirton and his team established the BCI4Kids program to try to find new pathways for young children to interact with the world and realize new levels of independence. The Alberta Children’s Hospital is one of only a few places in the world giving children the opportunity to access BCI and has garnered a reputation nationally and internationally as a leader in this area of innovative research.

Where Your Money Goes

Building on the expertise already assembled at the Alberta Children’s Hospital, our hospital experts are among only a few in the world conducting Brain Computer Interface research for children. 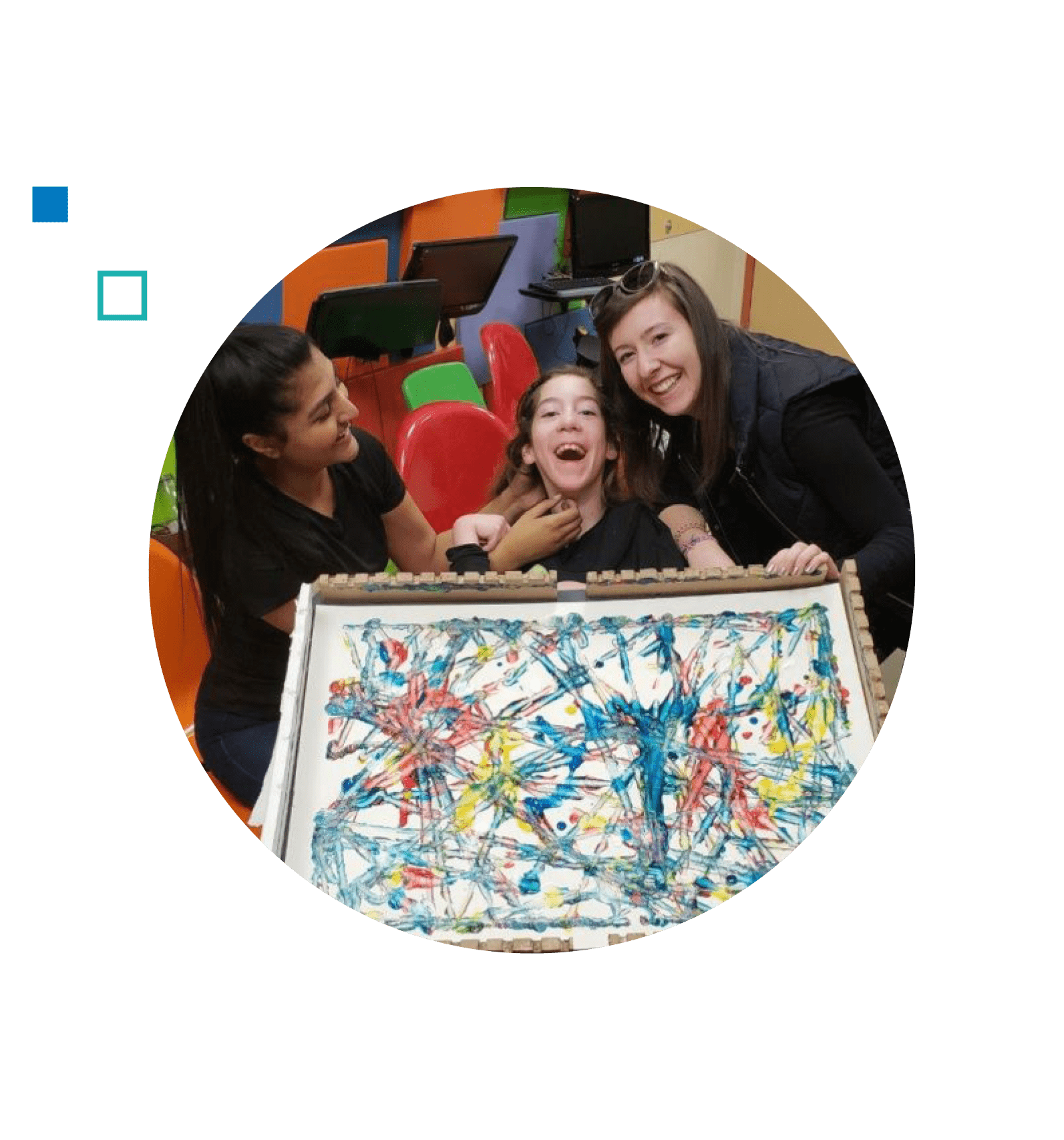 Like many fathers and sons, Ilyas and Danial love to joke around and play video games together. For fun, they sometimes work on colourful works of art and they both have a knack for math. Ilyas is extremely grateful for these small pleasures because there was a time he wasn’t sure his boy would ever be able to share these kinds of experiences with him.

Danial was born in Kazakhstan 14 years ago. Soon after, Ilyas and his wife, Madina, received heartbreaking news.

“The doctors there told us that Danial had cerebral palsy and would never be able to do anything,” says Ilyas. “We quickly did our research and knew there had to be better options for our son. We weren’t going to give up on him.”

The family moved to China where Danial received better medical support. Six years later, wanting to be closer to Madina’s family, they immigrated to Canada.

“Over that time, we saw that Danial could understand what we were saying to him,” explains Ilyas. “We developed a way of communicating with him through his eyes. He would look up or down to answer yes or no. It was pretty basic, but it worked for us.”

In those early years, Ilyas and Madina home-schooled Danial—supporting his hand while holding a pencil, helping him draw big letters and teaching him math. He was an earnest learner. At the same time, the family was supported at the Alberta Children’s Hospital by the Augmentative Communications and Educational Technology Service (ACETS) team. Although they tried many communication technologies, Danial’s involuntary muscle contractions made it difficult for him to control any of the devices they trialed.

In 2018, Danial and his parents were introduced to the hospital’s Brain Computer Interface research team. Since Danial was so bright and eager, he was a promising candidate to benefit from this leading-edge technology. Should he be able to master it, BCI had the potential to help him bring new levels of ability to control and interact with his environment.

“That first day in the clinic, we were so impressed with how engaged and supportive the team was with Danial,” says Ilyas. “They explained everything so clearly and it took no time at all for him to use his mind to move a remote-controlled car. It was incredible to see!”

It took a few days for Ilyas to fully grasp how profound that moment actually was for his son.

“That was the first time in his life that Danial did something completely by himself. BCI gave him the ability to bypass his broken body and make something happen intentionally all on his own.”

From then on, Danial has continued to hone his BCI skills. Thanks to community support, the family has a BCI system set up at home on which he can play games, practice spelling and do his artwork.

“The technology has so much potential to help Danial in the future,” says Ilyas. In fact, Ilyas was so inspired by the possibilities that he left his career in health care architecture to complete a Masters degree in Computer Science. He has now joined the BCI4Kids research team as a biomedical engineer and is focusing on optimizing the reliability of BCI headsets. He is also exploring the use of artificial intelligence technology as it relates to BCI and its applications for learning and play.

“Recently, Danial set a goal to be able to turn the page on his e-reader using BCI,” says Ilyas. “It might seem like a simple thing, but it would be a game changer and give him more independence.”

Thanks to our generous community, the BCI4Kids team is helping kids like Danial achieve their goals and set even more. With your ongoing support, these experts will gain the knowledge and expertise to help unlock the world for otherwise silent children to engage with their families—and their world—in new and exciting ways. Learn more.

When knee pain began to interfere with his ability to walk, Paul’s mom made a doctor’s appointment.