Like many 12-year-old boys, Teddy Floreani loves to play video games. What’s remarkable about him, is that he can control them using only his mind. Thanks to state-of-the-art technology funded through the Country 105 Caring for Kids Radiothon, Teddy can use his brain to do things his body cannot. Because of people like you, this life-changing technology is helping Teddy explore his world in new ways, reach his fullest potential and live his healthiest life possible. 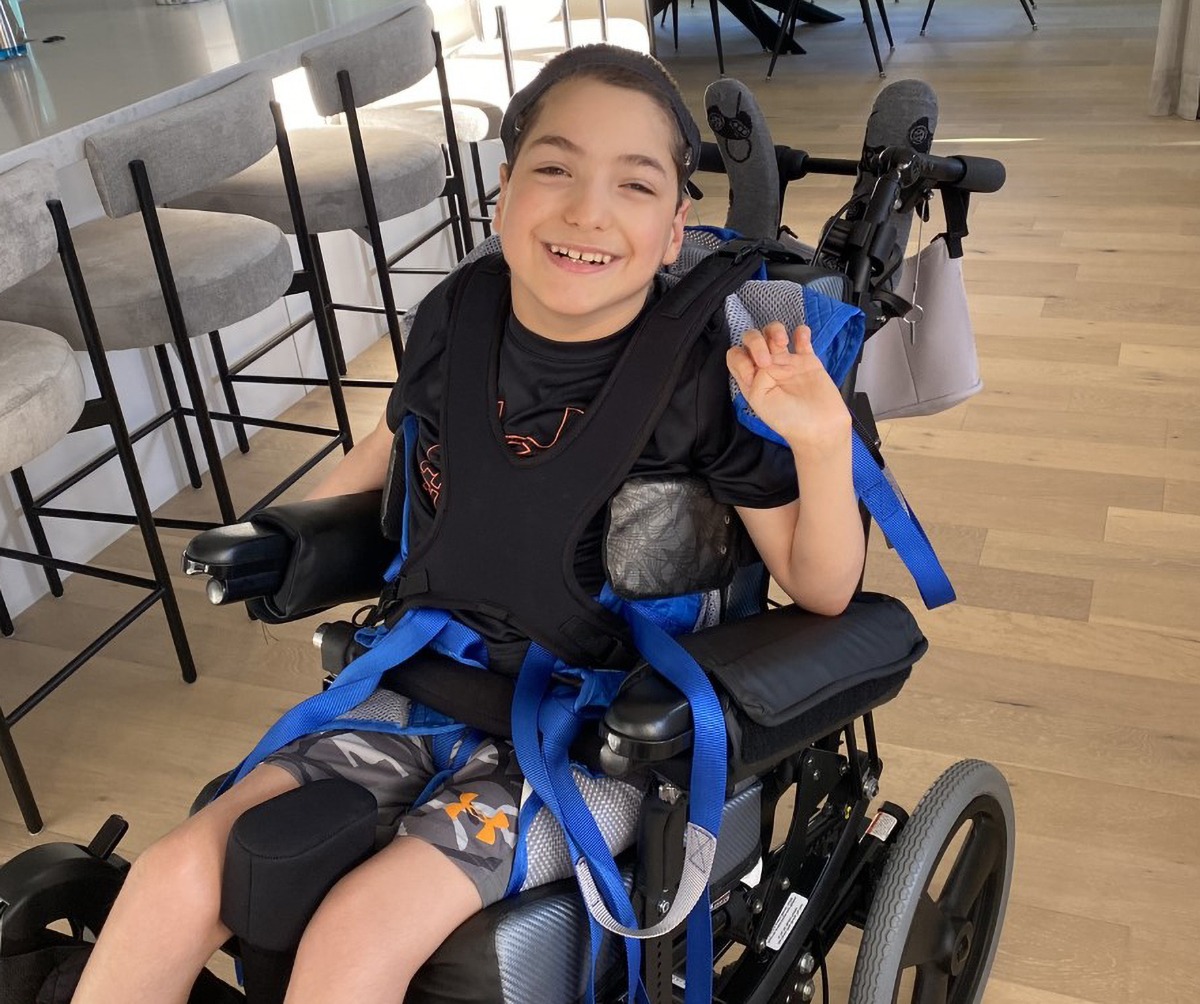 Teddy has cerebral palsy. Shortly after he and his twin brother Sammy were born prematurely, Teddy developed a dangerous infection that caused severe damage to parts of his brain. Today, while he is unable to walk, talk or use his hands, Teddy is highly intelligent and fully aware.

Like other children who are immobile and nonverbal but intellectually intact, Teddy has been, in essence, trapped inside his body. Until now.

Alberta Children’s Hospital experts in Brain Computer Interface (BCI) are helping Teddy explore and interact with his world in new ways—and opening the door to opportunities his parents never dreamed possible—all because people like you have supported the hospital through Radiothon.

Through world-first research, supported by our generous community, a team of clinicians, neuroscientists and engineers are engaging children with neurological disabilities—many who cannot communicate—in learning and play by harnessing the power of their own brain.

Donations through Radiothon change and save lives. 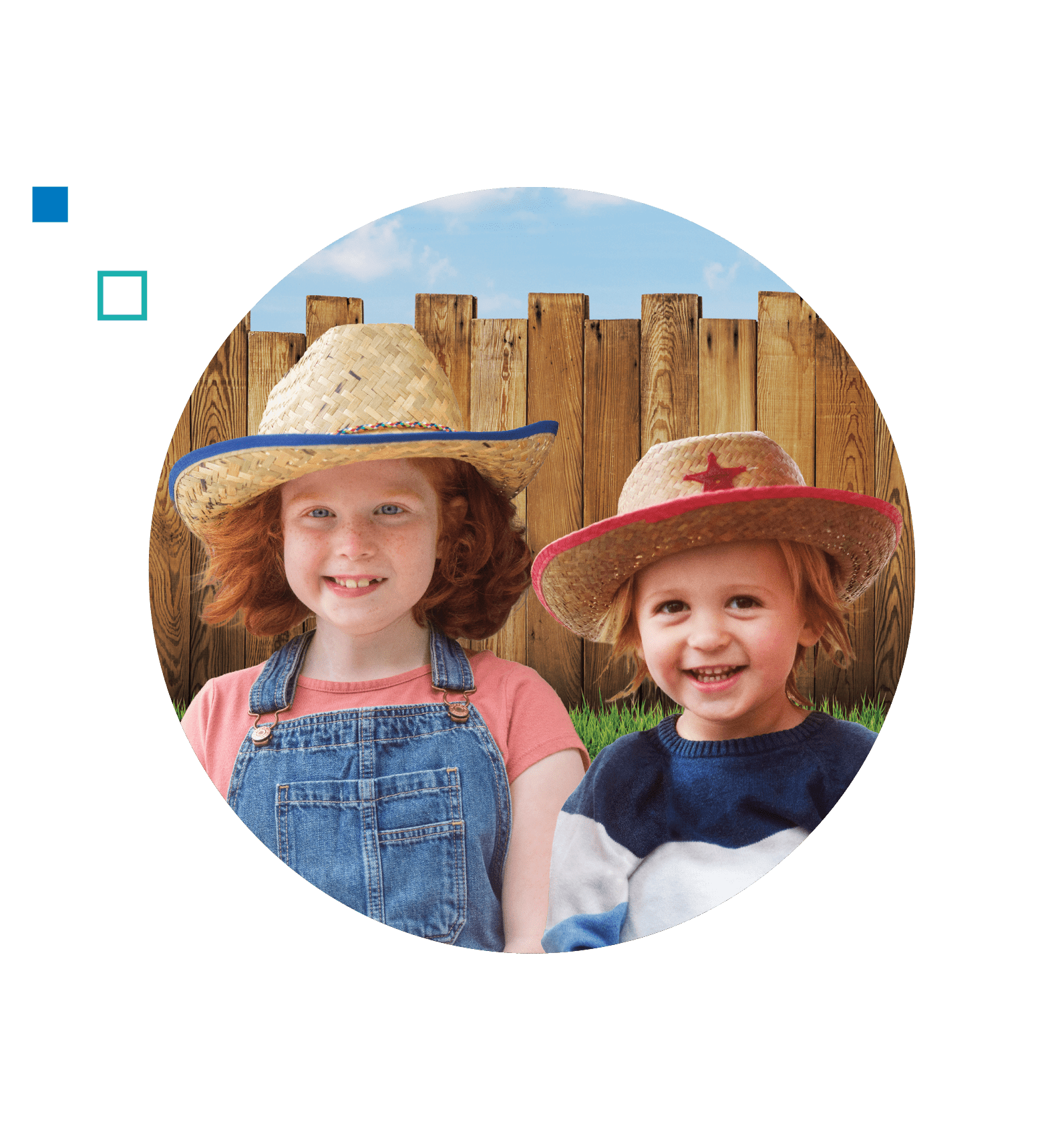 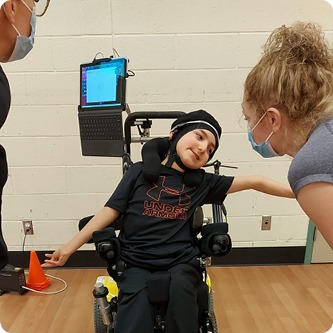 BCI uses leading-edge technology that recognizes changes in a child’s thought patterns and then translates them into signals that allow the child to control a device, like a computer mouse or their wheelchair. By wearing a specialized headset and concentrating on certain words or commands, Teddy has learned to move his wheelchair through an obstacle course, activate a light switch, and even paint a picture.

Generous donations received through last year’s Radiothon are now enabling children to sharpen their BCI skills at home and learn ways to express themselves, gain independence and interact with their families in new and exciting ways, using portable BCI technology.

“BCI has opened up a whole new world for Teddy,” says his mom, Mary. “For the first time in his life, he can use his brain to do things his body cannot do. We love seeing how excited he gets when he can do something all by himself.”

Thanks to BCI, Teddy’s video games allow him to feel the pride of scoring a soccer goal or a strike in bowling while his family cheers him on. He can also turn on his own playlists when he wants to listen to some ‘80s pop hits or craves classical music to relax.

When she thinks about the potential BCI holds for her “Teddy Bear,” Mary gets emotional.

“Teddy relies on his caregivers and family for 100 percent of his needs, so if he can one day use BCI to communicate to us his feelings, his wants, his needs, that would be amazing,” she says. “His brain has been trapped and now it feels like he’s free—free to learn to play with his brothers and maybe someday, with a friend.”