Home Your Impact Stories Meet the Kids Powering Through Pain

Lori Power and her husband, Kris Connors, would have travelled to the ends of the earth to help their son, Joshua. While they didn’t have to go quite that far, the family did fly more than 3,500 km across the country – from their home in Newfoundland to the Alberta Children’s Hospital – to finally get the help Josh needed to overcome debilitating pain. 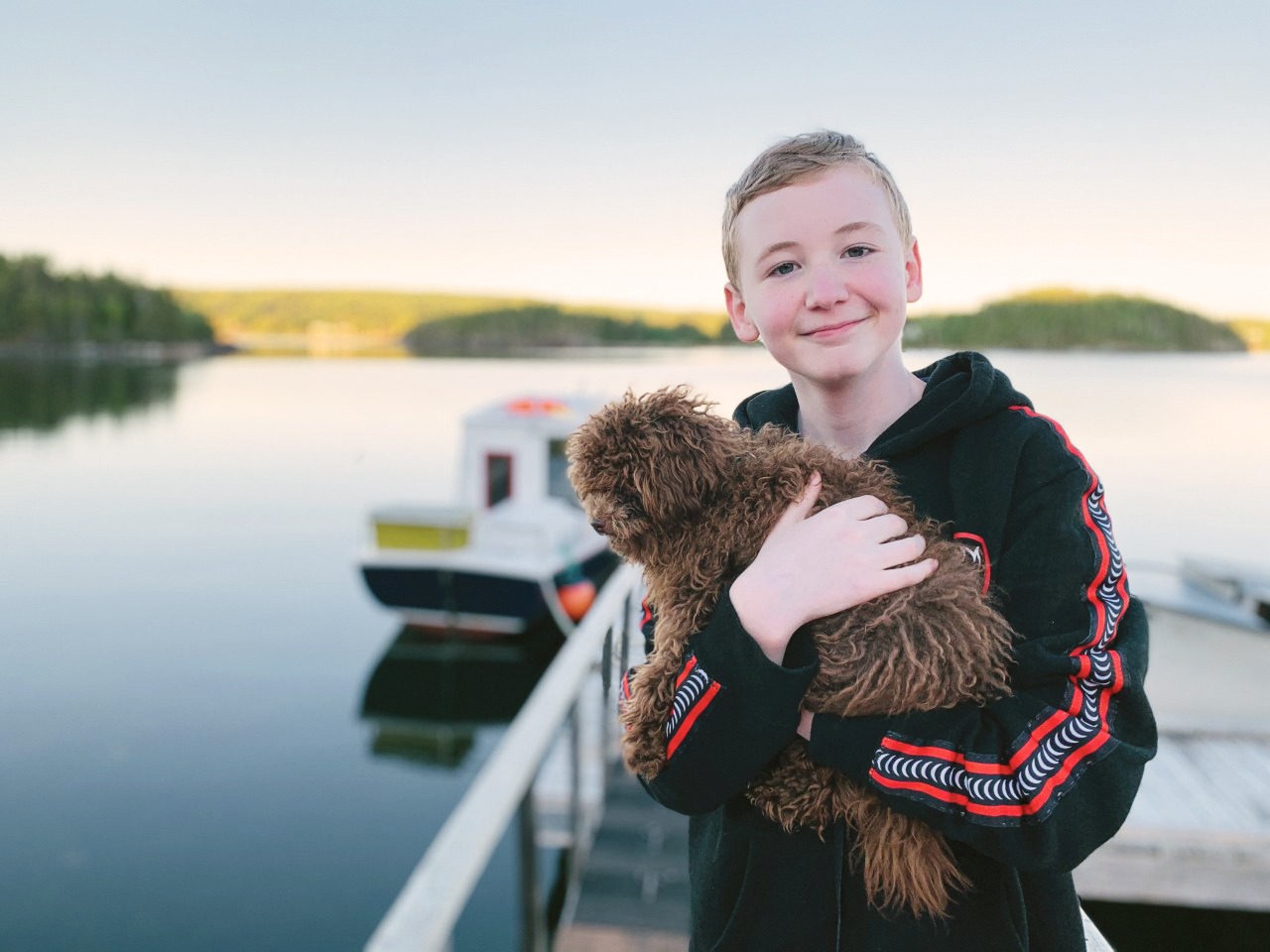 When Josh was eight, he began complaining of a sore leg. Lori and Kris thought he had injured a muscle. However, in the days ahead, instead of subsiding, the pain worsened. After dozens of appointments and tests, doctors in Newfoundland were unable to find an explanation for what was causing the mysterious pain.

Josh’s condition declined quickly. He was no longer able to walk and relied on crutches or a wheelchair to get around. The pain – and now spasms, too – became so agonizing that he was unable to get out of bed, let alone go to school. As his mobility deteriorated, so did his outlook. His parents watched helplessly as their son grew defeated and withdrawn.

“As a parent, you want to provide the best life you can for your children,” says Kris. “Watching him miss out on things was terrible.”

After about nine months of investigation, they received a diagnosis: linear scleroderma – a rare disease that causes the skin and connective tissue to tighten, resulting in severe pain. Josh was admitted to hospital and began drug and steroid infusions to prevent the disease from spreading to other parts of his body. However, the damage in his leg was irreversible. While grateful to know what they were dealing with, Lori and Kris were consumed with worry about Josh’s future.

Fortunately, they met an anesthesiologist who had previously worked at the Alberta Children’s Hospital. He told them about the Intensive Pain and Rehabilitation Program (IPRP) – part of the community-funded Vi Riddell Children’s Pain and Rehabilitation Centre. The only program of its kind in Canada, IPRP is designed to help kids and families understand and manage debilitating chronic pain.

That was all Lori and Kris needed to hear. They were desperate to find relief for their son. Josh was admitted to the program and in February 2020, he and his parents packed up and headed to Calgary for three weeks. 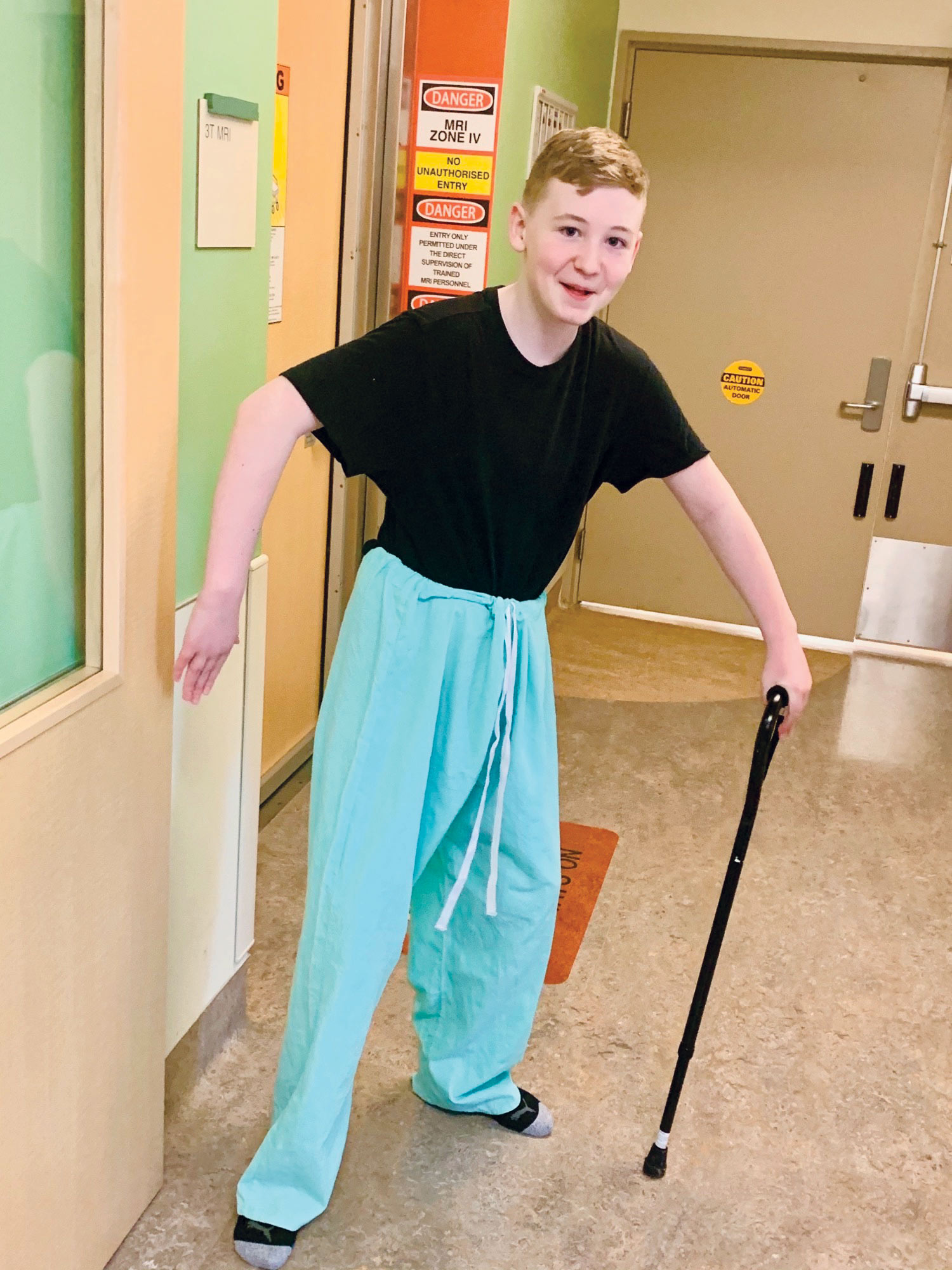 Josh’s schedule included a wide range of proven therapies for pain, including art and recreational therapy, physiotherapy, occupational therapy, psychology, family therapy and academic support. He also worked with a nurse and an anesthesiologist almost every day. He and his parents learned that while the pain might never go away, Josh could develop coping mechanisms to control it and still have a great quality of life. Although it was hard work, he was excited to participate in the specialized treatment.

“There was a lot of physical stuff, but a lot of it was getting yourself into the mindset where you could recognize negative things and stop them,” says Josh.

Lori and Kris noticed changes in both his physical abilities and outlook almost immediately.

“I saw a dramatic change in his confidence,” says Kris. “You could tell he was starting to see there was a path forward.” 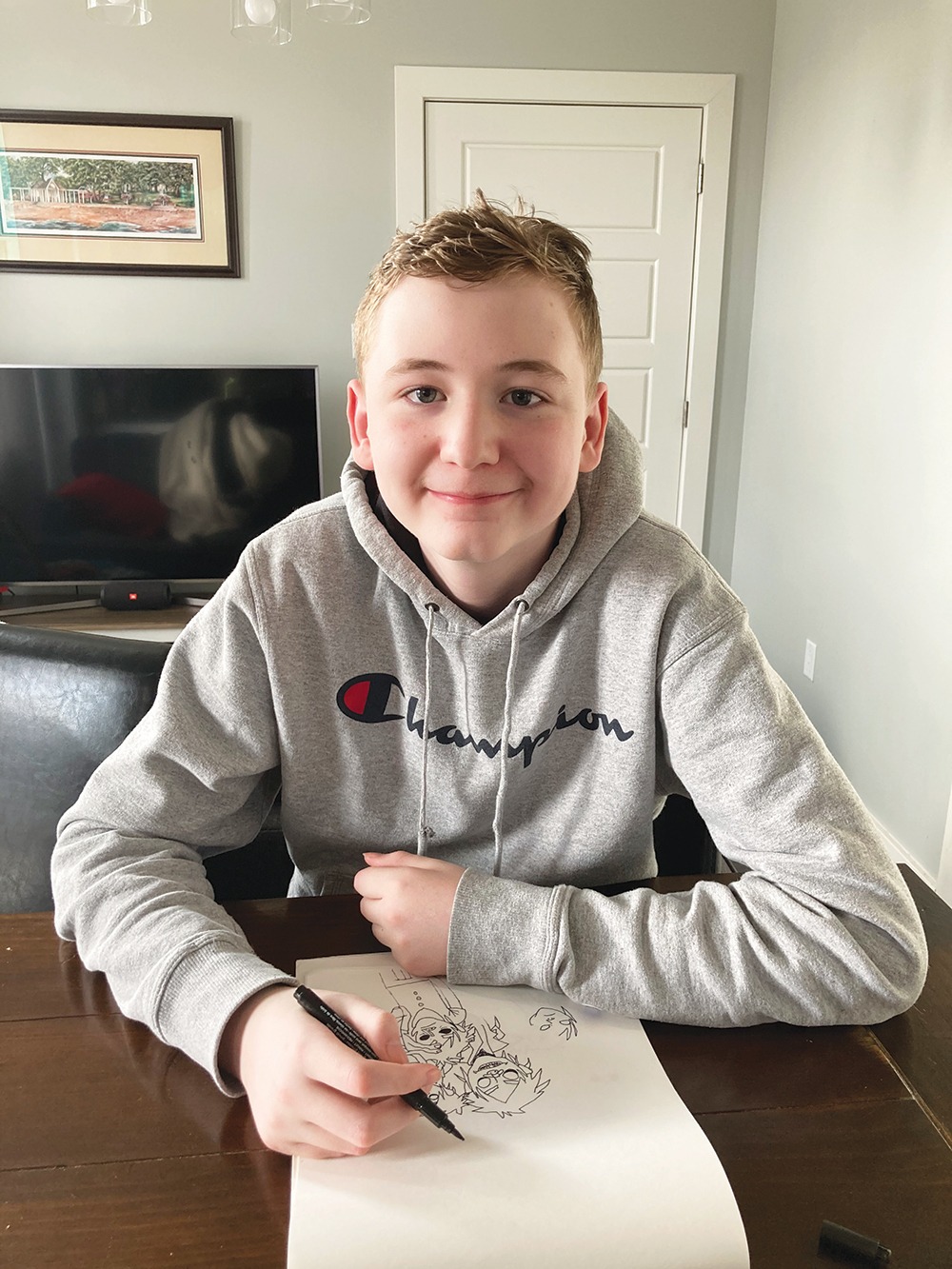 On top of helping him learn to manage his pain, the program helped Josh uncover some hidden creativity. His parents were surprised when he met them after his first day of IPRP holding some impressive drawings from his art therapy session.

It has been just over a year since Josh graduated from IPRP and returned to his life in Newfoundland. Incredibly, it now looks pretty similar to what it was before that fateful day when he first felt pain in his leg. He is back at school, playing basketball and riding his bike – all things that were once taken from him with the onset of his disease.

Describing IPRP as “life-changing” for the entire family, Lori says, “It gave us our son back.”

When Andrew Najar had his first full body seizure at age 12, the involuntary laughing spells he’d been having his whole life were also seizures.